Throughout a long evolutionary history, nature has endowed us with a fine-tuned thermal-regulatory  mechanism. Despite its limitations, we still owe much of our survival to its automaticity (i.e., operates independently of volition) and plasticity.

It goes without saying that temperature can affect our health in so many different ways. When exposed to intense heat, our body, in an attempt to maintain its internal core temperature, would cool itself down by simultaneously triggering various heat-releasing mechanisms (e.g., sweating, panting, vasodilation). We might even reflexively grab a bottle of water, or head to a faucet and pour some water onto our skin. In any case, a body under such conditions are said to be under heat stress, with nausea, lethargy, dehydration and tiredness being some of its typical symptoms.

In fact, it’s fairly common to experience dizziness, while doing construction work or running in a soccer field under intense sunshine. In more extreme cases, heat stress can cause hyperthermia, leading to fainting or even death (this is especially true with immune-compromised elders). In less extreme cases, mild-but-chronic heat stress can induce accelerated tissue damages and promote systemic chronic inflammation.

On the other end of the spectrum, when the temperature regularly hits below 0°C, one easily find themselves shivering uncontrollably and their skin hardening. In such cases, blood circulation slows down and one is then forced to move faster — to counteract the rapid drop in internal core temperature and the potential of organ freezing. A body under such conditions is said to be under cold stress. and, as with heat stress, sometimes deserves special attention. Cold stress can render the body more prone to injuries (e.g., frostbite, leg twist), which in the more extreme cases can lead to suffocation and hypothermia (not to mention the potential of ears falling off and limbs frozen beyond repair). In the less extreme cases, mild-but-chronic cold stress can cause headaches and joint issues.

While even mild chronic thermal stress can negatively impact our health, it would be shortsighted to exclusively stay within our comfort zone. In fact, evolutionary clues suggest that a bit of both heat and cold stress, applied under carefully controlled conditions, can actually help streamline our thermal-regulatory mechanism, extend our thermal tolerance range and even potentially resolve certain temperature-related illnesses:

What does the scientific literature say about the effects of temperature on different creatures? Well, the experimental findings are  not always rosy, but let’s find out more!

Due to their short lifespan, small size and low maintenance cost, the fruit fly model (Drosophilia Melanogaster) has been adopted extensively for a variety of research purposes. In particular, fruit flies were the subjects of several studies on the effects of thermal stress:

While fruit flies are physiologically very distinct from human, these studies can still provide a glimpse as to why cold stress and heat stress go hand in hand.

Another favorite among the researchers, the rodent model sometimes provides great insight on the general behavioural changes a mammalian body undergoes when confronted with certain stress:

In this particular study, the magnitude and duration of the cold immersion might have been too high for it exert any clinically-significant hormetic effects. As Le Bourg pointed out elsewhere:

“the problem of heterogeneity in populations has to be taken into account: a stress could be mild at young age but more severe in elderly people and, among them, even more deleterious for some persons.”

And of course — There is more:

“regular winter swimming combined with sauna in accordance with the theory of hormesis may lead to some adaptation and thermotolerance, which protects cellular membranes against the deleterious effects of thermal and other stress factors.”

Here is Dr. Rhomda Patrick talking the benefits of hyperthermic conditioning, putting an emphasis on the biochemical changes following the exposure to hormetic heat stress:

From our end, we also have some additional and corroborating findings. In particular:

After a bit of self-experimentation, these observations give rise to a biohack which we refer to as the reverse-temperature method. In the application post, we outline how we can apply this method in various contexts to reverse certain temperature-related illnesses and further provide additional health benefits.

One thought on “Harnessing the Power of Thermal Stress – Theory” 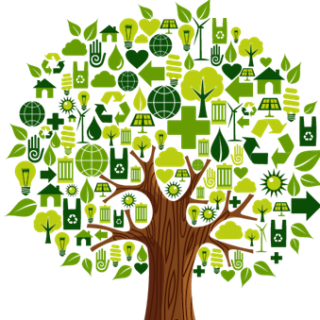